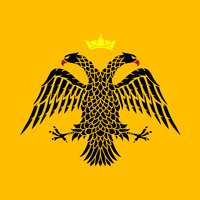 General Rules:
- Time to play your turn is 48 hours. You can ask for an extension 3 times every 5 turns. If you don't ask for an extension and you are late, you will be subbed. If you have no extension left and you are late, you will be subbed. You have more time, but the admin is strict in return.
- If you need to be subbed 3 times in 10 turns, you will be replaced.
-
- No exploits/bugs allowed, F.e. movement bug, naval attack spam, agent stomping, surrounding armies/navies to deny retreat, armies on ships to go through enemy zone of control (brown tiles where armies should stop), spies spreading plague.. (no use of exploit list in tavern), merchant spam on a single resource (no more than one (1) merchant trading a resource)
-No exploiting the AI
- Alliances and non-aggression pacts can be made publicly or privately. In order to make a pact public, the announcement must be written down as a commentary in the rightful section, making the pact, official. An alliance can be officialized by a straight diplomatic procedure between the players' diplomats. If someone breaks a secret alliance or a pact, it will just suffer its moral consequences within the players involved only. If someone breaks a secret alliance, he will not suffer GLOBAL ethics/moral penalties amongst all the other players in the hotseat, but to those involved in it (the secret alliance); and no one outside from it, can use this "secret breaking" as a pretext to generate mistrust on the one who broke it, in a GLOBAL SCALE.
To break a public alliance/pact without ethics penalties, diplomats ought to be sent between the factions involved in the "breaking" procedure, to officially break the alliance between them, there's no need for a reason. In case of a public pact, a commentary must be written down between the factions involved so that the public pact is properly dissolved. It is of good faith to wait 2 turns before attacking, if that is the wish, once the alliance is no more.
- Negative public manners on other players and personal attacks of any kind will have serious consequences. No accusing other players of cheating without decent proof. No public whining over this hotseat generated drama. IT'S JUST A GAME.


Military Rules
- Battles can be played manually or be auto-resolved. Screenshots must be posted (if requested only) with: odds and result screens, mouse over the odds bar to show the ratio, the armies involved with their banners visible on the campaign map, unit card of siege unit (ballista/catapult) must be visible if used to directly assault settlement. (just one card of the siege unit is enough, you can hide the rest of the army cards through editing)
- Armies that are defeated in battle by a player that comes after them in the turn list may not move the following turn. This is to make it fair for people who are defeated by players that come before them in the turn list. Armies standing in fortifications (fort/settlement) when defeated are excluded from this rule.
- Not allowed to sally out if the result is a defeat.
- You are not allowed to post a losing Naval Battle.
- Ships cannot leave blockaded ports. No attacking ships in ports using a game bug. It's not allowed to keep units protected by placing them in ships docked in a port.
- You need at least 1:2 odds or higher to win a naval battle.
- It's not allowed to build towers to deny a fort on a strategic/key spot.


Agent Rules
- Until you have 10 settlements, you can have a maximum of 6 spies, and 2 assasins, after that +2 spies and +1 assasin every 5 settlements.
(1-9 settlements --> 6 spies 2 assasins | 10-14 settlements --> 8 spies 3 assasins | 15-19 settlements --> 10 spies 4 assasins, and so on....)
(This rule is introduced due to the disadvantage of TO in terms of agents)
- Spies can get into settlements with any %
- Assasins can: kill other agents if they have 40%; Kill family members and generals if they have 60/; can sabotage buildings if they have 80%
You will have to find the assassin/s yourself, to demand a screenshot from his master. After finding out whose assassin is it, there are TWO options, one, is immediately slit his throat with one of your own assassins, before he reaches his objective (which is the safer option); the other is let him do his deed, so later (here's when screenshots are used) you know where he will be and you can demand a screenshot to his master. If the action was illegal or a screenshot wasn't even presented, the aggressor will suffer the consequences of his acts and rules violation.
Save the screenshot as "private" (otherwise they will be public in your profile screenshots), and when you wish to make it public, change it to "public" or "friends".
If a screenshot is not presented upon the demand of the victim, or if the screenshot did not satisfy the legal conditions, the victim will be paid by the aggressor with a fine of 1000 florins for EACH STADISTIC POINT of the assassinated victim at the time of his/her death. (If a general is assassinated with 5 points of command, that general's faction will receive 5000 florins from the aggressor).
In case of a proven illegal sabotage, a penalization will be also generated and the building will be immediately repaired by the admin.
When an assassination/sabotage is performed, the victim has two (2) turns (the one in which the attack was found out, and the next turn that follows) to find the assassin. If the assassin is not found, then it can not be determined if it was in fact an assassination or a sabotage, therefore, a fine to a potential aggressor, is impossible.
While in the matter of your hounds tracking down an escaping assassin (after he has committed his deed), a second, third, and so on, assassin is found from other factions, all assassins detected by your chasing hounds, can and will be suspects of the former assassination. The victim now can choose and condemn one (given that there was only one assassination the victim suffered) faction, and this one must pay the penalty to the victim, if the assassination was indeed illegal. The "condemn" of a faction's assassin or factions assassins, will be proportional to the assassinations suffered by the victim.
So assassins must be taken seriously, and even more so, their objectives. Don't use assassins for nothing else than really important missions, otherwise you risk being accused of something you possibly didn't take part into, and worst case scenario, a war can be unleashed on you, just because your man was in the wrong place, at the wrong time.
If it is proven that the assassination/sabotage was illegal, and a payment to the victim must be carried out, a fine of 500 florins must be also paid in addition, through the aggressor's diplomat, to the victim for every turn of payment delay, since the next turn the penalty was committed. If the payment was not made to the victim with its proper interest after the third turn of delay, the administrator will make the complete transaction with its interest, for and from the aggressor to the victim.
- Merchants can seize other merchans only if it has more skill points. If an "X" merchant ceases to exist in a location on which he was trading, and a "Y" merchant is found as the new merchant trading the former resource merchant "X" was trading, or not necessarily on it, but nearby and in range of the missing merchant, a complicated scenario is generated.
If this happens, the victim ("X"merchant's owner), can demand a SCREENSHOT of his "X" merchant's death by assassination, that will put the "Y" merchant (foreign) out of the equation, since it was an assassin that killed merchant "X" and not merchant "Y". If the screenshot is not presented, or it doesn't satisfy the legal requirements for the assassination, the matter will be taken as if the "Y" merchant legally drove merchant "X" out of business. If it is proven that the "Y" merchant did not accomplish the legal conditions to drive merchant "X" out of business, the PENALIZATION will be identical to an illegal agent assassination,(full indemnization to the victim) and driving the fraud merchant out of business, for good.


Settlement Rules
- When receiving a region through diplomacy all units except 1 must be disbanded.
Destroying buildings is not allowed in these 3 situations:
- If the settlement is under siege
- A far superior army is one turn away from the settlement.*exception: your starting regions
-You have not yet held that settlement for 3 turns
-You are not allowed to exterminate settlements

In the past weeks, 2 people left this hs, and another two becoming rather inactive. With ScotlandIsBest joining, we still have 3 slots to fill up, while another teutonic hotseat has been started on the forum. I'd say this one cannot be continued and has to be canceled. The thread will be archived soon, and I have to apologise to anyone who put time and effort into the HS, but I don't see any way we could succesfully gather players in the foreseeable future. 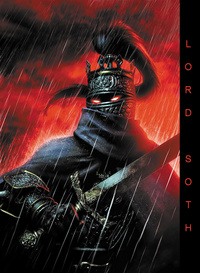 It was not unexpected , as equally I saw the support for this one , slip away after the move here, I would like to thank mergor for admining , this differicult position , but agree with his accessment ..[bows]