Will be updated soon! -Saleska-

Sorry for the delay. Was trying to figure out how to solve one thing for Redstar, which I have finally done so it should be played soon 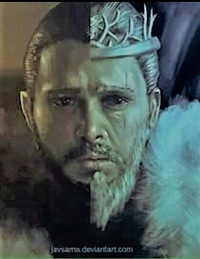 I'll take Khwarezmians if you'll have me.

Sure. They are yours

Save sent back to Redstar (sorry it took that long). Redstat got some ships from a mission, however, they were bugged and it didnt appear in the intended port, thus I moved them. Normally I probably wouldnt have done that, but considering Ramble has broken rules too,  this way we can make it quit.

Turn will be up tonight

In the Middle East everything seems peaceful except we noticed Hungary moves its armies closer to us. We'll keep an eye on them

The Kiev diplomat bribed to complete the mission:
- bribe2
- https://drive.google.com/open?id=1qt6S9_Km4oZLjOEOdDUWMLZEZG72Pzbm

EDIT: dont know if this is where I need to post pics. 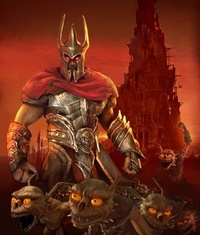 sorry for being late, i'll get this done today or tomorrow

recaptured rome with a catapult, can post pics if requested.

and i also request to be turned AI, no point in continuing when moors is comming for me too

Well with a new Moors player potentially you can renegotiate a deal!

According to the rules, siince those are large stone walls, you won't be able to use a catapult, so please replay.

Some battles happened against Venice, but since they're AI now, do I need to take pics? 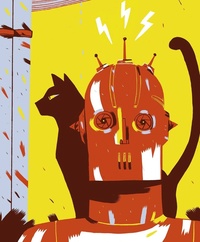 Egypt turn done with Denmark to follow. I'll finish it tomorrow, a lot of diplomatic stuff to do as well.

Myth left the hotseat quite a long time ago, and we were allied for that short time. It was an alliance of friendship, or at least I hoped. XD
You can never be too sure. Anyways, the current alliance was more out of convenience, and safety as I took down Poland.
With the way things are going, Denmark's end is nigh. I simply helped it along. I've out grown the alliance, for which you rushed headlong into a
war, that I didn't think you'd win. You've made great strides, but now how will you do without Egypt's  financial aid?

I feel it applies in this situation ~ https://www.youtube.com/embed/2kr7KDCsIws?start=530&end=540

And all your messages in game... you literally made me a fool... very impressive...
The sad thing is that you could have most of these settlements for free only if you asked, thats how much I trusted you.

I have to agree with your sentiment as I trusted you as well, but only to a point.. I have to say it, why would I ask for them?
That would put me under a great deal of suspicion, and at the current time, you would probably scout around. Or, you'd say
no, depending on your finances.
Even in your latest message, you spoke of rewarding me. Before this attack, the war was shifting, slightly away from your favor. Your enemies were making precise movements, and knowing what both sides were capable of, I made what I judged to be the best move. You wouldn't be able to feasibly 'reward' the Teutonic Order when money becomes scarce, and you need every settlement. I mean, perhaps I could've convinced you to give me all but one of your regions, but the thought never crossed my mind. It almost seems too dastardly, but at the same time, highly unlikely to succeed.
All the same, I wish you luck in this hotseat, and any we happen to be in, further down the line.